Doug Cauthen in consultation with Peter Blum did the mating.

Bloodhorse: Stolen Base Steals the Show in American Turf

Flavien Prat continues stellar weekend with an upset score aboard Stolen Base. 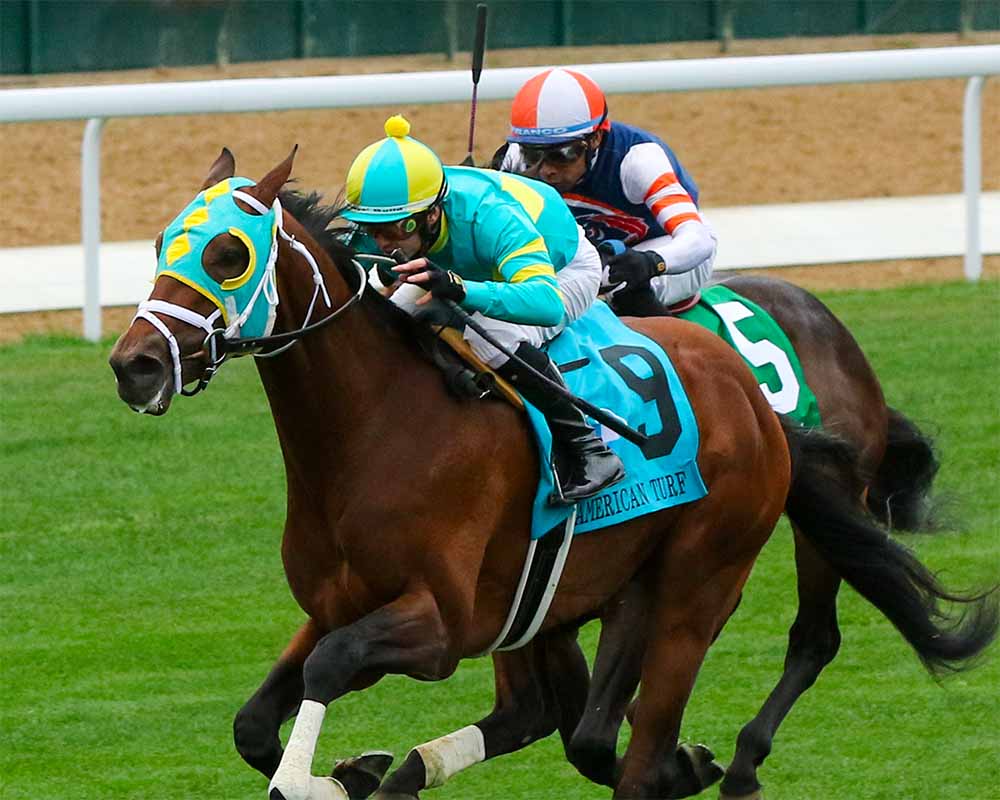 After two failed tries on the polytrack chasing Tiz the Bomb at Turfway Park, Stolen Base returned to his preferred surface—turf. Outfitted with blinkers, which he first wore when running an even seventh in the April 2 Jeff Ruby Steaks (G3), the colt at last garnered his first graded stakes victory for owners Three Diamonds Farm and Deuce Greathouse.