Thanks to a lifetime of experience from all aspects of the thoroughbred industry, Doug brings a unique blend of hands-on experience and business management skills to the throughbred industry. He received a Bachelor of Science degree from the University of Kentucky in equine marketing and management, and graduated from the University of Kentucky law school in 1993. He briefly practiced law in Lexington with Wyatt, Tarrant, and Combs before returning full-time to the thoroughbred industry. Doug has worked for Hall of Fame trainers Laz Barrera and P.G. Johnson, as well as in England with trainer Clive Britain. Doug also served two years as assistant to leading two-year-old consignor Jerry Bailey. In 1997, Doug started Cauthen Sales Agency, a consulting, management and sales company. Concurrently, Doug worked part-time marketing the stallions at Prestonwood Farm. It was through this association that owners Kenny Troutt and Bill Casner were introduced to Doug and his vast knowledge of the business. Doug was named President of WinStar in 2001 and helped build Winstar into an industry leader.

After spending 10 years helping build WinStar into an industry leader, Doug felt it was time to bring his skills to a wider audience and assist others in reaching their goals. And so Doug Cauthen Thoroughbred Management, LLC was born.

Doug lives in Lexington with his wife Katie, and his daughter Campbell. 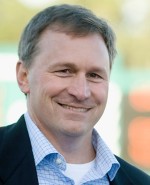